When you hear the word “cybersecurity,” you probably think of moves and countermoves, much like a game of chess—but the reality today is quite different. Hackers and bad agents are savvier than ever and increasingly know how to manipulate and circumvent even sophisticated defenses.

The security stack that worked yesterday may be outdated tomorrow.

In short, if your security strategy isn't evolving, you’re already losing the war.

To keep pace with today’s threat actors, cybersecurity professionals must continue to level up their knowledge (and our monthly Tradecraft Tuesday webinars are a great place to start)!

In fact, we’ve been doing a lot of that here at Huntress. After months of rigorous beta testing, we’re excited to announce the addition of our Managed Antivirus service to The Huntress Security Platform. We believe that this technology represents a critical part of any cybersecurity framework—empowering you to consistently detect and respond to threats, thereby adding another layer to your defensive strategy.

What Is Managed Antivirus?

When did you last take a good hard look at your antivirus solution? Do you know what it’s doing behind the scenes when it notifies you of a threat? Can it show you where you have gaps in your security?

Managed Antivirus was designed to answer questions just like these by combining a centralized monitoring and management functionality with a well-known antivirus component you probably already have: Microsoft Defender Antivirus.

A component of every Windows OS, Defender is an often overlooked—but powerful—defensive protection product. Forget what you think you know about Defender—this AV consistently earns a spot among the best solutions in the space.

Huntress’ Managed Antivirus provides incredible insight into Defender without the burden of adding attack surfaces or investing in an expensive new security tool that eats into your profit margins.

Here’s what some of our partners have to say about Managed Antivirus:

"Managed AV allows us to maximize the investments we’ve already made in Microsoft Windows, and coupled with Huntress’ existing detection and response capabilities, we’re able to harden endpoint security across the board for our clients without needing to justify increased prices." Elliot Gardner, Director of Technology at Stambaugh Ness

“Since Defender is already installed on all modern versions of Windows, installation is as easy as removing any third-party AV on Huntress managed computers. Defender should just turn itself on and then Huntress begins managing it right away. For MSPs managing thousands of PCs, it really couldn’t be easier.” Chris Horning, Cloud Services Manager at AtNetPlus

"Huntress sits at the bottom of our security stack, giving us a crucial layer of detection and response and some much-needed peace of mind. We're thrilled to see the Huntress team applying their expertise and threat hunting capabilities to help us manage antivirus more effectively." Paul Blough, CEO at Blough Tech

Getting the Most Out of Your Antivirus

Defender is better than ever, but it lacks centralized visibility—making it difficult to manage and interpret.

That’s where our Managed Antivirus comes in.

A user-friendly interface and dashboard, complete with easy-to-understand status updates and core metrics, make Huntress' Managed Antivirus the low-cost, high ROI tool that can help you take your security strategy to the next level with a layered approach. And the best part is, if you already have Defender, you’re halfway there. 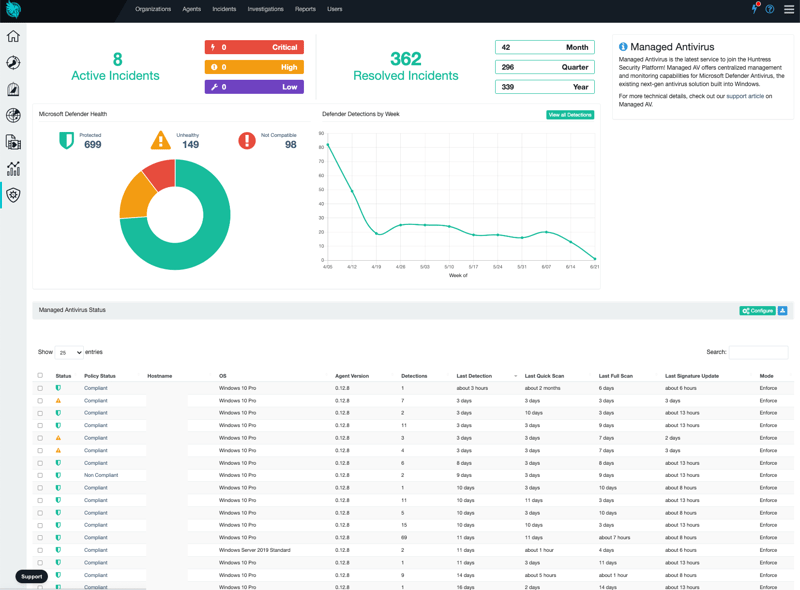 What Will I Be Able To Do With Managed Antivirus?

With Managed Antivirus, you’ll have clear and actionable insights into your antivirus, empowering you to answer all of these critical questions, as well as do all of the following:

If you’re already a Huntress partner, all you have to do is log into the platform. There, you’ll find your respective agents, and if you opted in to use Managed Antivirus, you’ll see dashboard data about status reports and the configuration of Defender as it interacts with your endpoints.

If you’re new to Huntress or are interested in learning more about Managed Antivirus, watch our on-demand webinar or sign up to start a free 21-day trial to get started! 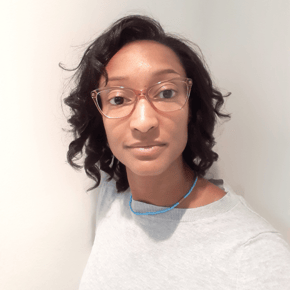 Why Microsoft Defender Antivirus Is Worth Another Look

Microsoft Defender Antivirus is among one of the leading antivirus contenders. Here’s why ...
Start Reading
Sophia Harrison 12.7.2021 5 min read

Dollars and Sense: The True Value of Our Human ThreatOps Team

Automation is great—but when it comes to threat detection and analysis, it doesn’t ...
Start Reading
Rachel Bishop 06.28.2022 2 min read

All in a Day’s Work: Fighting Log4Shell with Process Insights