A Journey Back to the World of MSP Security

I am extremely excited to be back in the managed service provider (MSP) cybersecurity field and join Huntress as a Principal Product Manager. I'm thrilled to have the opportunity to further Huntress' mission of providing cybersecurity to the 99%.

I first worked on MSP and small to medium-sized business (SMB) security at OpenDNS. I joined the company when it had 17 employees, worked on the enterprise product and then got an interesting intrapreneurship opportunity when a handful of MSPs started emailing us asking if we’d be open to partnering. An ambitious and talented salesperson named Andrew Kaiser joined the company and became my partner in the MSP business. Together, we introduced the MSP space to DNS-based malware protection, made mistakes, fixed them, grew quickly and eventually got acquired by Cisco (now Cisco Umbrella).

Throughout this journey, we learned a ton, but three core tenets come to mind:

(And obviously, the product has to work—but that goes without saying.)

Huntress does all of this well today, but the tipping point in my decision to come back was when Kyle Hanslovan emphasized the importance of retaining this spirit as the company scales and grows.

That’s right, I’m coming back because this is actually not my first time working with Huntress! In 2016, when Huntress was just getting started, Kyle crashed the Cisco security researcher RSA party and approached me about being an adviser. We had lunch the next day where he showed me their pitch deck over a sandwich—and (with the support of leadership at Cisco) I signed on to help the three founders get their footing in the MSP space.

It was awesome to see Huntress’ success, to cheer them on as they racked up the awards and to help answer questions when they ran into challenges. I’ve never hesitated to refer friends to work at Huntress—but when it came to the idea of me joining, I’ve always said that they just don’t need me at this time. Then there was the matter of an IPO taking place at a job and the handcuffs were feeling pretty golden. But seeing the opportunity in front of Huntress and the extraordinarily talented team’s ability to execute, the opportunity felt impossible to ignore.

What’s This IPO Thing—and Where Have I Been?

After nearly a decade in security at OpenDNS/Cisco, I wanted to challenge myself to learn by trying something very different. I stepped in as a Director of Product for an edge computing platform and content delivery network (CDN) called Fastly. I was in charge of their media and entertainment offerings as well as edge applications.

Learning modern streaming video delivery, core internet infrastructure and edge-cloud application infrastructure was great, as was learning what it takes to scale a company to more than triple a business and go through an IPO. I hope to apply these learnings at Huntress and am grateful for the opportunity—but am also glad to come back to the MSP and security world.

As cool as it was being a vendor to companies whose products/services I used every day, I missed the partnership relationship and the owner mindset you can only find with MSPs. And while preparing to live stream the SuperBowl for FOX or talking about exabytes per month of data delivery for big video game companies was cool, it’s still not as rewarding as protecting SMBs from very real and imminent threats. And as a human being in this world who relies on SMBs (doctors, mechanics, manufacturers, retail, etc.) for my day-to-day life, it’s very worrisome to know that I’m one incident away from having my life disrupted and my data being leaked to bad actors because the SMB couldn’t afford or figure out enterprise-grade security.

So what’s next? I’m doing what I’ve always done: listening to the partners, validating new ideas with them and building products that add value to their businesses. I have already started reaching out to folks who have submitted feature requests—but there is no need to wait. If you have feedback, feature requests or just want to chat, you can find me lurking in the #v-huntress channel on MSPGeek Slack—and hopefully at conferences later this year! 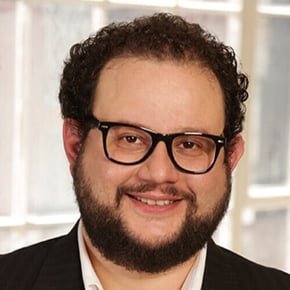 Checking the EDR Box: Evolving Endpoint Protection and the Next Iteration of Huntress

Huntress’ Commitment to the Cybersecurity Community

We founded Huntress with a commitment to elevating the cybersecurity community as a ...
Start Reading
Team Huntress 07.19.2022 2 min read

We're continuing to deliver on our promise to secure the 99% by acquiring Curricula: a ...
Start Reading
Team Huntress 07.12.2022 2 min read