We’ve investigated an incident regarding unauthorized access to our quality assurance and product testing environment. In this blog, we’ll share all the gory details to educate our partners—while hopefully serving as a transparent example for modern companies to follow.

Here’s to holding ourselves to the same standard we hold other software vendors 🥂.

First Things First: Do I Need To Be Concerned?

Why Are We Disclosing This?

If you’ve ever heard our team speak, you likely heard us say something like, “Incidents are inevitably going to happen. What separates companies is how they respond.”

With that said, even after receiving guidance from our legal team that we didn’t have to go public with this, we decided to anyway. Why? Because we call on other vendors to do the same.

That level of transparency is key to making folks in the channel successful. We have to hold our vendors accountable—and that includes us at Huntress. We celebrate our wins, learn from our failures and strive to be better today than we were yesterday. And part of that means owning up whenever things go wrong internally.

It’s 2021. Threat actors are smarter than ever, and we defenders have our work cut out for us to stay ahead. To give us the best chance, we’ve got to be upfront and honest with one another to collectively learn from our failures.

We hope this blog does three things:

On Sunday, October 17, our team received a notification from AWS indicating that a cloud instance inside our Quality Assurance (QA) environment was publicly scanning the internet for open remote desktop protocol (RDP) ports.

Our QA environment spins up temporary Windows virtual machines (VM) and executes an automated test harness to exercise functionality within the Huntress agent. After completing a round of tests, the virtual machines are immediately terminated, so they’re typically online for 10 to 15 minutes. In its configuration prior to this incident, each VM had RDP (port 3389) and SSH (port 22) open to the internet to facilitate debugging and one-way communication with a separate temporary internal Docker container used by CircleCI (our automated build system and continuous integration/continuous deployment pipeline).

After reviewing the tip from AWS, we discovered 37 orphaned Windows VMs were alive during the week of October 13. These instances were not terminated due to a failure in our automated provisioning system, and one of these long-running VMs was the culprit—port scanning other public IP addresses. It was clear to us that an unknown actor had simply brute-forced into this ephemeral QA instance using the super complex credentials: Administrator/abc123!!!.

For those not catching the sarcasm, it’s no secret that this is one of the most common and easy-to-crack passwords found in every password list. 😔

What Did We Do?

While our executive leadership was making phone calls and coordinating, we created a company-wide Slack channel to facilitate communications between departments. We also spun up a Zoom to act as a war room to create our action plan. This provided our team the foundation to roll up our sleeves and work around the clock to scope out and remedy any new discoveries during the incident.

The first major action our engineering team took was identifying and terminating any long-running VMs in the QA AWS environment. Although this seemed like a solid step to quickly eradicate a threat actor within the network, it actually hindered parts of our later forensic analysis efforts. To further investigate, we reviewed QA AWS logs and CircleCI logs to ensure there was no unauthorized activity or access from the QA instances to the CircleCI portal (there wasn’t). We also validated there was no other malicious activity in the QA AWS environment, including lateral movement.

Then, we started digging into our codebase. We reviewed all the code that generated the QA environment for three reasons:

We confirmed that the QA test infrastructure only had access to the test code repository and that the QA instances had no connectivity to the CircleCI server when the tests failed—preventing the actor from accessing our CI/CD pipeline. In an abundance of caution, we rotated all CircleCI and GitHub API keys.

By taking detailed notes and developing a timeline throughout the entire incident, this all-hands-on-deck effort enabled our engineering team to remediate and improve for the future.

What New Processes Have We Implemented?

After our investigations were complete, we took down the old QA AWS environment and recreated a new one with the following changes in place:

We are implementing formalized security training for the engineering team, including training on hacking web apps, secure code training and AWS cloud security training. We’re also beginning the process of documenting and instituting a formal incident response plan based on our learnings.

Finally, we completed our annual code and configuration audits, penetration tests and vulnerability assessments for the production AWS environment in September 2021 (which did not include the QA AWS environment).

To help further challenge industry cybersecurity norms, we’ve decided to publish unredacted copies of these annual audits in the following GitHub repository (coming soon; ETA December 2021). Our next reassessment will expand the scope of the engagement to include the QA AWS environment.

It’s important to note that we purposely segmented our QA AWS environment from our two other production and staging AWS environments. (In case you're unfamiliar, segmentation in cybersecurity is the practice of separating computer networks and systems to improve security and performance.) In truth, it’s likely this decision saved us a lot of time, effort and pain during this incident.

This incident serves as a prime example of why segmentation should exist wherever it makes sense. Without it, threat actors could’ve moved laterally from our test environment into our production system that is rich with sensitive customer data. Simply put, this segmentation greatly reduced the blast radius of this incident.

However, the real lesson learned here is that incidents are the new norm beyond 2021, and this will not be our last. A resilient cybersecurity posture is still of utmost importance—even with proper segmentation.

Guidance From Our Legal Team

Following the advice we’ve given in a dozen or so presentations on this topic, the first phone calls we made were to our legal and insurance teams.

In the spirit of transparency and education, we’ve listed some of the legal team’s advice below. Take note, these bullet points are our legal team’s recommendations—this should not be interpreted as Huntress providing legal guidance.

Guidance From Our Cyber Insurance Team

After chatting with our legal team, we reached out to our cyber insurance team to make sure our ducks were in a row. They gave us two pieces of advice that we’ll share here:

If it wasn’t clear, we took that first bullet to heart—which leads us to where we stand today.

Although ultimately nothing serious came from this incident, it’s just not in our DNA to sweep an incident under the rug. If we’re going to be the tide that raises the community’s boats, then we have to hold ourselves to the highest standard—and we hope that this disclosure inches us closer to meeting that expectation.

If you’re one of our partners, please reach out to us if you have any questions about this incident. 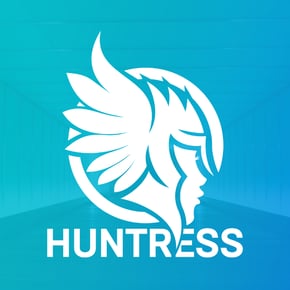